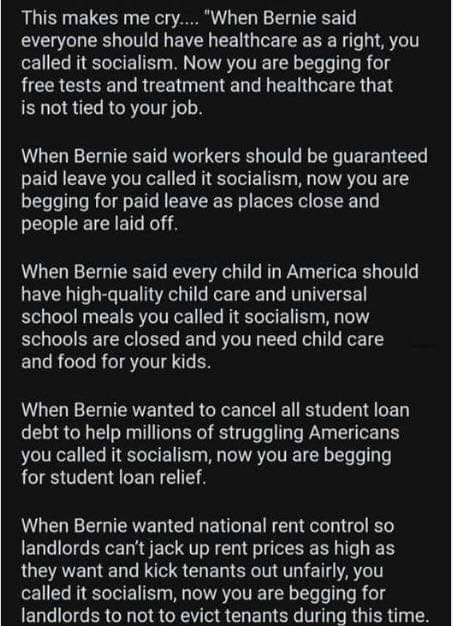 I  quite openly admit to having pinched the piece above from my friend Scottie of  https://scottiestoybox.com/, when I read it in the context of the elections due in the U.S.A in November 2020 I thought to myself surely most of these are basic human rights that should be granted rather than fought for these days..Surely we have enlightened Government if not enlightened management over our major businesses.

Not so here. Following the end of the Obama era Government, one of enlightenment and the attempt to establish a National Health Service for everyone which was bitterly rejected as being Socialism, the election was won by the joke.There was a groundswell of reaction against his opponent  for having the temerity to be a woman but in the end Hillary Clinton still polled 3,000.000 more votes than Trump but lost on Electoral  College votes.

Trump himself has a base of Evangelists who see him  as preparing for the second coming if not as the second coming itself. They have managed to brush off everything he’s done that flies in the face if the Church because of the promise he holds for them. Trump has befriended (or attempted to) every dictator on the face of the Earth, Xi Jinping of China, Kim Jong Un of North Korea, Vladamir Putin of Russia, Abdullah Aziz al Saud of Saudi Arabia and his nephew guilty of arranging the death of a reporter living and working in America.Dismembered alive, Bashar al Assad of Syria, Recep Erdogan of Turkey and I think Nicolas Maduro of Venezuela. There may be more. In befriending the above he has managed to insult one way or another all off the typical allies of the United States.Though it’s possible that the UK are OK because maybe our new PM wants to model himself on Trump and his far right ideology. Women’s rights are being dispensed with, Nazi’s and KKK are welcomed and hard fought for legislation for the Environment has been overturned. The people of America have been told that Trump has full power to do as he wishes as long as he’s President, the President is above the Law.It seems one of the things he likes to do is play golf( a lot ) at his own club while charging his own Secret Service guards full price to stay there. That bill is charged to the Government but guess where the profit is going.

At the moment the Country is in Lockdown to the Coronavirus Emergency and Gongress has put forward a rescue package that for some reason includes billions for helping the biggest firms. Trump has removed the  oversight part of that money from Congress. I can only imagine why though for once I won’t be guessing that he can use the money to pay off yet another girlfriend. Trump wants to take a chance on the Coronavirus settling down so he can order a return to work after Easter to kick start the economy. Trouble is that’s quite likely to cause a second surge of Coronavirus victims when the hospitals won’t be able to cope.He seems to be quite happy to risk the elderly since they’re not required to work. He must get back to normality to start his election process that’s if there’s going to be an election and it hasn’t been cancelled because of an Emergency, like Biden is polling better than him. He likes to remind people the Army love him, we might end up finding out if that’s true.                                                                                                          Please take the greatest care of yourselves in the weeks and months to come. We,ll all get over Coronavirus and be able to go out and enjoy ourselves. No need to carry on flying the kids off the end of a piece of string from the garage roof and telling them to watch for Mary Poppins. Love Each Other, Hug Each Other but only when it’s safe please.

Retired Local Government Officer who started to write at age 60 and hasn't looked back. Writes a humorous diary on the life of a member of the gentry.......and the village he lives in with his sadistic early morning alarm cat Oscar and his wife the formidable Lady J.
View all posts by davidprosser →
This entry was posted in Uncategorized. Bookmark the permalink.

24 Responses to Taking Sides against Dictators

This site uses Akismet to reduce spam. Learn how your comment data is processed.